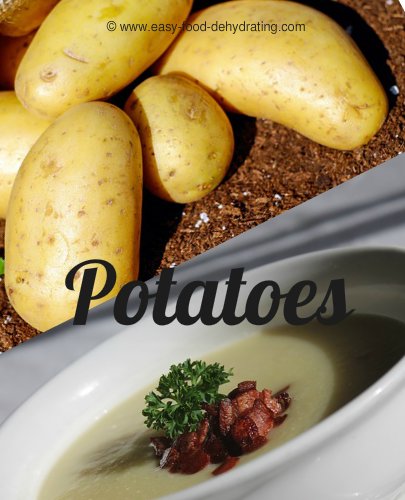 It's time to learn about dehydrating potatoes, and it starts right here!

For Easier Potato Slicing... Do This! 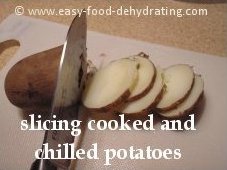 If you want a great way to slice potatoes—cool them off! This way, when you go to slice them, they'll be much firmer—no more warm mushy potatoes!

Dehydrating potatoes can be done by either using fresh potatoes, or you can cheat by using frozen (diced) hash browns, or grated hash browns—now that's easy!

Potatoes are everyone's favorites and I'll show you how to easily dehydrate them from pre-cooked sliced potatoes!

The hash browns are great in vegetable soups, and the sliced potatoes make a mean potato and bacon hash!

TIP: if using frozen hash browns, drop the frozen unopened bag on the kitchen counter-top a few times to break up any clumps.

How to De-Clump Frozen Potatoes

If clumps persist, run the clump under cool running water for a few seconds—that should do the trick!

By the way, potatoes are loaded with a range of vitamins: vitamin A, vitamin C, and Choline, followed by Niacin, Thiamine, vitamin B6, Pantothenic Acid, and Betaine.

Trace amounts of vitamin K, and Folate. Minerals to be found in potatoes are Potassium, followed by Phosphorus, Magnesium, and Calcium. There are also trace amounts of Iron, Zinc, Manganese, Copper and Selenium. Potatoes contain Omega-3 and Omega-6 fatty acids too. 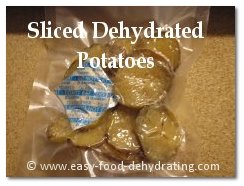 Joan, fondly known as the "Case Hardened Lady" wrote in to tell us how she gets ready for dehydrating potatoes. Here it is, straight from Joan:

"Started batch number four of potatoes this morning. Things are running quickly and smoothly now that I have the routine down. Still forgot to start heating the blanching water first, though. It takes about 20 minutes on my stove. I'm doing sliced raw potatoes.

Anyway, in my mind it takes longer to peel and slice potatoes than to get the water boiling. In reality, it's only a few minutes of prep, then potatoes are ready and the water isn't.

Oh, what a journey these 99 cent bags of potatoes have taken me on!"

Watch Lucky's video on how she made these delicious Dill Potato Chips ... the secret is in the "soaking"...

Thanks for sharing this with us, Lucky! 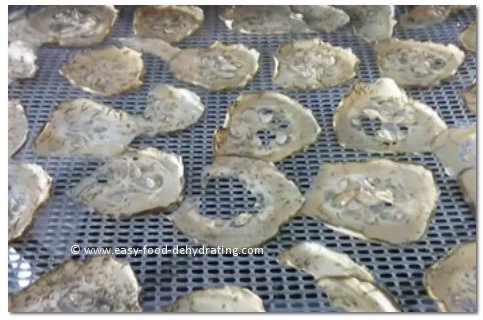 "Well, I did a batch yesterday and found they taste pretty good. However, if you don't place them in a air tight container with a moisture absorber (oxypack) they tend to get flimsy quickly if you live in a high humidity place like I do...

I am still working on perfecting this! If you eat them right away after a session of drying, they are pretty tasty ... the only thing I did was sliced the potatoes really thin and soaked them in apple cider vinegar for 12 hours. I did not rinse them but drained them, then laid them out on the mesh sheeting and sprinkled sea salt and dill weed onto them ...

Like I said, tasted pretty good, but as far as keeping them for a long period, more steps will have to be made." 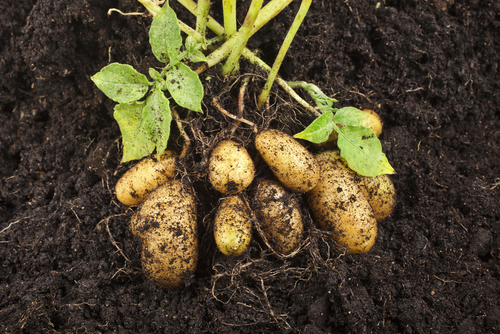 Potatoes are a versatile vegetable that can be used in a variety of dishes. If you're looking to add potatoes to your garden, you'll want to make sure you have the right conditions for growing this veggie.

According to The Old Farmer's Almanac, potatoes need full sun and well-drained, fertile soil with a pH between 4.8 and 5.5.

When it comes to planting, you'll want to start your potato seeds indoors about two weeks before the last spring frost. Once it's time to transplant the seedlings outdoors, make sure to space them 12 inches apart in rows that are 3 feet apart.

Water your potatoes regularly, especially during dry periods. The Almanac also recommends adding a layer of mulch around the plants to help retain moisture.

Harvest your potatoes when the tops of the plants start to die back. You can dig up the entire plant at once, or harvest individual potatoes as needed. Be sure to check your plants regularly, as potatoes that are left to mature will produce flowers and eventually go to seed.

Growing potatoes can be a challenge, but if you have the right conditions and take care of your plants, you'll be rewarded with a delicious crop of this versatile vegetable. 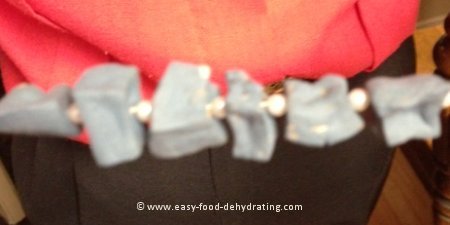