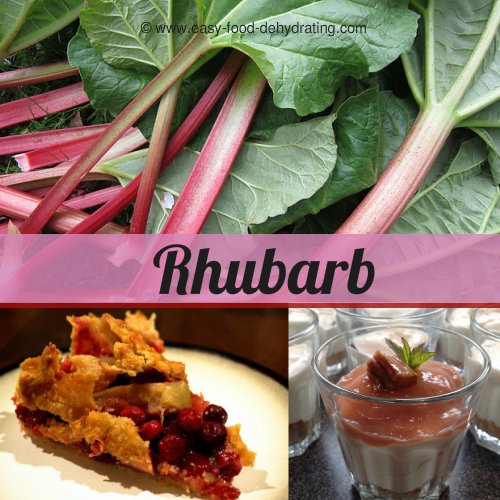 Welcome to Dehydrating Rhubarb, all you need to know for

Rhubarb is great for pies, desserts, and tarts, and smoothies too. Here are instructions on how to re-hydrate your rhubarb (or any fruits and vegetables).

Rhubarb is a good source of vitamin A, and vitamin C, followed by Folate, and Choline.

As far as minerals go, rhubarb is a fantastic source of Potassium and Calcium, followed by Phosphorus with trace amounts of Selenium, Iron, Manganese, and Zinc! Rhubarb also contains Omega-6 fatty acids.

When my dad was a kid, he and his friends used to call rhubarb "yunky"—and that's meant in a good way. He can't for the life of him remember why they called it that! 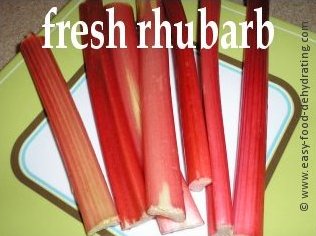 When I was a kid, I remember going to the back garden and even nipping over the neighbor's fence—to break off stalks of rhubarb, (the shame of it), and then rush home with it!

Maybe this is something I should grow myself? ... then I don't have to scale walls and fences and get skinned knees!

Back in the kitchen with my goodies, I dipped the ends into sugar and ate it raw. OMG. I used to eat too much of it and ended up with stomachache!

Great Rhubarb in the UK!

As mentioned above about my having rhubarb in the neighbor's yard, I do recall having some growing in our own yard too—it's that 'grass is greener on the other side' syndrome? LOL

Anyway, just wanted to say that living in the UK, with plentiful rain, and 'some sun', they sure had perfect growing conditions.

I'm comparing this to where I live now, in sunny hot central Florida. When you get older, you realize that when you were young that you didn't even know that something as special as fresh rhubarb would become something not to take for granted.

Rhubarb in our local grocery store is not cheap, so when it's in season at the store, I get busy dehydrating rhubarb!

How to Make Rhubarb Sauce

Rhubarb sauce is often served with ice cream or desserts. 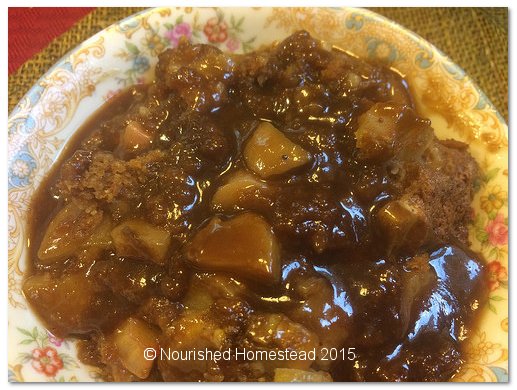 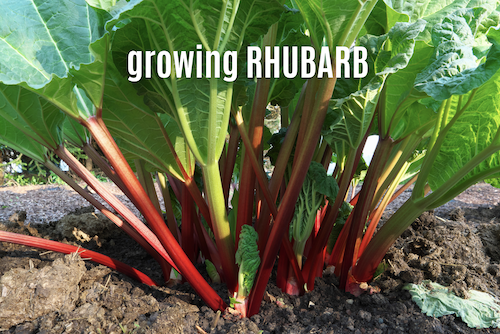 Rhubarb grows best in cold climates and can tolerate frost. Rhubarb prefers well-drained soil that is high in organic matter. Rhubarb plants should be spaced 3 to 4 feet apart. Rhubarb is typically harvested in the spring or early summer.

When Is Rhubarb Ready to Harvest?

What Are the Different Types of Rhubarb?

There are several different types of rhubarb that you can grow. Some of the most popular varieties include:

Canada Red Rhubarb: Canada Red rhubarb is a type of rhubarb that is cold-tolerant and has red stalks.

How Do You Store Rhubarb?

Rhubarb can be stored in the refrigerator for up to two weeks. Rhubarb can also be frozen for longer-term storage. To freeze, wash and cut the rhubarb into 1-inch pieces. Spread the pieces on a baking sheet and place in the freezer. Once frozen, transfer the rhubarb to a freezer bag or container.

If you're looking to free-up freezer space, then dehydrate it. That's what this page is here for!


Attribution to
www.easy-food-dehydrating.com
Thank You!