An interesting question regarding re-hydrating pasta for "faster pasta prep" came from Lori of Illinois:

"Although I've been looking around, I have not had any luck finding any reference to dehydrating cooked pasta. 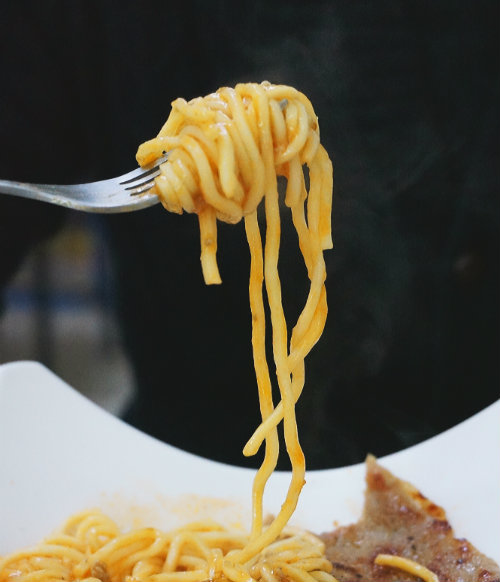 By that I mean in certain emergency situations, wouldn't food prep be faster and use less water if pasta (noodles, spaghetti, etc.) were also cooked, then dehydrated and packaged for long term storage?

'Instant' rice comes to mind as an example of a product already on store shelves (albeit they're in short term packaging). Any prohibitions to adding pasta products? Any special considerations in preparing - packaging - storing?" concluded Lori.

This was my reply after I'd promised Lori I would cook some pasta, let it sit after vacuum-packing, and then re-hydrate/cook it again:

"Today I cooked my 'previously-cooked-and-dehydrated al-dente pasta' and it took just about the same amount of cooking time in boiling water ... so unfortunately, I can't see any benefit to dehydrating cooked pasta to save energy resources, sadly!"

But That Didn't Deter Lori!

Lori was supposed to be going out of town for a few weeks but wrote back with this: "I never made my trip out of town, an ear infection got in the way so while stranded at home I did dehydrate three different pastas, elbow macaroni, wide noodles, and the small mostaccioli.

"My dehydrator dried each of the three types in about 3 hours.

I experimented with two temperature settings, one at 150 degrees (suggested by a backpacker) and the others at 135 degrees. Both turned out about the same, needing about 3 hours.

The wide noodles were a thicker specialty brand, not the thin flat noodles, which I did at the higher temperature."

Lori is using Nesco's newest Gardenmaster FD-1018P, a 1000-watt dehydrator which has a faster drying time. It will handle up to 30 trays.

Lori continues, "People who may try this at home using other makes and models may find their drying times are longer."

Lori states: "Let me have some time tomorrow to experiment. I did continue to search online after my initial contact with you and then discovered the backpack/hiking web sites where the food discussion threads were very helpful.

"Re-hydrating pasta may take about the same amount of time, but as I recall, the backpacking board discussions pro vs con did point out that when re-hydrating pasta, less water was needed as opposed to when the pasta was originally cooked. When cooking, if too little water is used, then you see problems with the water getting starchy and the noodles sticking together.

"Maybe the real benefit and savings to re-hydrating pasta is with water usage and not fuel consumption. In a particular scenario—like people hiking or camping and to all those people out east after the hurricane and now have no electricity and their drinking water may be questionable and difficult to acquire—potable water resources could be an issue.

"I'm guessing that the investment in dehydrating cooked pasta will have value for the weekend warrior or casualties of mother nature—people whose need is outside the box of the typical money-saving homemaker."

The Final Re-Hydrating Pasta Results are in!

"I put 1 cup of dehydrated macaroni into a small stainless steel bowl, then poured 1 cup of boiling water over the pasta, and covered the top of the bowl with a small plate to keep the heat and steam enclosed. Maybe next time I'll add a towel around the whole deal for added heat retention.

"I set a kitchen timer for 20 minutes, figuring it might take a tad longer to re-hydrate since the water was no longer boiling.

I removed the top 3-4 times to give the pasta a stir and make sure the macaroni had sufficient water available for maximum absorption.

Maybe that was unnecessary after the initial 'pour, stir, and cover'. It's just what I did out of curiosity because it was the first time I attempted this.

"After 10 minutes, the pasta had that 'cooked look' and at 7 minutes left I had to taste test and would say the macaroni was at the al dente stage. I let the remaining time run out. The stainless steel bowl, of course, had cooled down some, but was easy to handle. The pasta was softer and more like what everyone is used to. I poured out the remaining water and ended up with 1/3 cup of slightly cloudy water.

To Lori, Re-Hydrating Pasta Was a Success

"I only needed to boil 1 cup of water for my 1 cup of small macaroni pasta, with a small amount of water left over. Less energy consumption, a fraction of the water to finish it off, and then a 20 minute or so wait. So the hiker/backpacker has something going there and people stuck in a disaster situation can put food on the table faster and not squander their fresh drinking water, which mostly gets thrown away if cooking using conventional methods.

"Additionally, the hikers also will use the zipper style freezer bags to reconstitute their dehydrated meals. No pots and pans! After adding water, they can put their baggie into something called a 'Cozy' (typically a quilted cloth pocket) which insulates the cooking food until ready to eat." 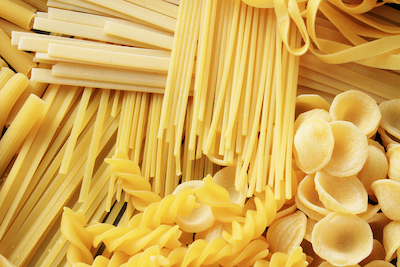 "I measured out 1 cup each of the pasta. The noodles I snapped in half so to better get a full cup of pasta. I found smaller stainless bowls of the same size and put each on a pot holder, found some thicker terry kitchen dish towels to wrap (insulate) after the water was added.

"I added 1 cup boiling water to each bowl, gave a good stir and covered the bowl top with a hard plastic cutting board. A towel was wrapped around the two adjacent bowls and two more were placed on top of the cutting board ... so it was pretty hard for the heat to escape!

"Twenty and more minutes later (I got wrapped up in an episode of "Picker Sisters" on Lifetime ...oops!) I checked on the bowls. They were pretty much done and did need a little more stirring to separate some 'stick-togethers'.

"Again, when draining off the excess there was about 1/3 cup of water from each bowl. The noodles are perfect and ready for use. Think 'cool kitchen' in August, little or no added humidity from pots of boiling water, and the AC not running more because of the added heat! So there is an energy savings of sorts.

"Hope my slightly different process of reconstituting and preparing will have some value to some of your readers."

Thank You, Lori, for sharing your faster pasta prep regarding re-hydrating pasta with us! Also, Lori says she'll try to get some photos sent to us showing us her results.

Nick wrote to us from Wales, UK, and wanted to let us know of his 'experiment' with Spaghetti Bolognese. This is what he said: Cooked up my own spaghetti Bol this week, combining the pasta & sauce and standing overnight to allow the pasta to absorb the sauce before dehydrating.

The flask is feather light, virtually unbreakable and costs very little at the local cheap shop. The food was hot and just about the right sauciness without pouring anything off!

Great idea Nick! Thanks very much for sending this in. :-)