Dehydrating food in convection ovens is an oft-asked question. And if you’re just starting out and don’t want to splurge on a dehydrator AND you already have a convection oven, then we say “try it!” 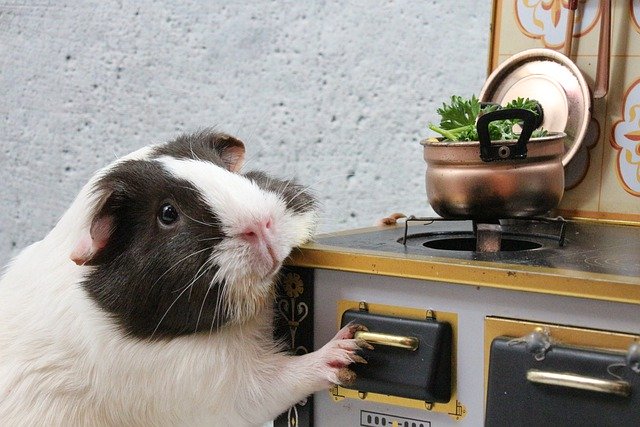 Image by Andy M. from Pixabay

The Question Of Dehydrating Food
In Convection Ovens Arises Often

A convection oven can be used to dehydrate food. Dehydrating food in a convection oven is a quick and easy way to preserve fruits, vegetables, and meats. The dehydration process removes water from the food, which prevents bacteria from growing and spoiling the food. When done correctly, dehydrated foods will maintain their flavor, texture, and nutritional value.

To dehydrate food in a convection oven, start by preheating the oven to the lowest setting. Then, place the food on a wire rack and set it inside the oven. Leave the door open slightly to allow air to circulate. Check on the food every few hours, and remove it from the oven when it is dehydrated to your desired level.

What's the difference between a convection oven and a regular oven?

Having said that, I prefer to use a food dehydator that is specifically designed to dry food properly!

For those of you with a convection oven that uses a fan for air circulation, you’re almost ready to go. One thing you need to check with your convection oven is that we can set the temperature below 200° F as our fruits and vegetables need to be dehydrated at 125°F  to 135° F degree range. Any hotter than that range and you’ll be likely to cook—rather than dehydrate—your fruits and vegetables.

To dehydrate food properly and get consistent results, you need to have good air circulation. With a regular oven, be it your every-day electric or gas oven—or a convection oven—people often leave the oven door slightly ajar to create air circulation.

This will obviously result in monitoring your oven temperature, so you’ll need to have a thermometer in there to make sure you’re dehydrating your foods at an even temperature. Again, too hot and you’ll be cooking your food. Too cool means you’ll spend hours more drying it out.

Again, I have to repeat myself. When you have a food dehydrator that is designed to dry food, you don't have to worry about air circulating correctly. Granted, I do rotate my trays. With a Nesco, it's so easy. Unstack, re-arrange, put the lid back on.

The oven rack space and number of racks available in your convection oven is limited, usually to two. Plus, the rack's bars are spaced too far apart—thus resulting in the likelihood of your food falling down to the bottom of the oven! Remember, when you’re dehydrating food, it SHRINKS. A lot!

You guessed it folks. I'm going to add here that with a food dehydrator, you're not limited to how many trays to use. Well, of course you'll refer to the owner's manual.

You can get a Nesco that can handle as many as THIRTY trays! What? Yes! But that's a LOT of food dehydrating going on there. 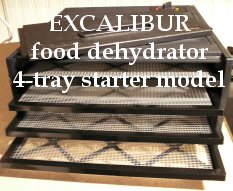 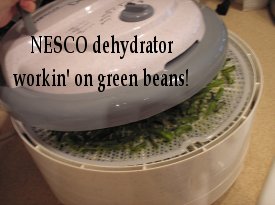 Honestly, maybe it’s just time to bite the bullet and get either of these starter-model dehydrators. I have both the Excalibur and Nesco starter-brand dehydrators and both work just fine. Neither one of them cost a fortune, either!

Check out these Excalibur and Nesco dehydrator ads on Amazon below:

Consider this: Dehydrators built for the job of drying food will cost less to run as compared to running your convection oven. Plus, with a real dehydrator, you have many stack-able trays/shelves that have the proper spacing and not just one (or two) solitary oven racks.

I hope you learned a lot about dehydrating food in convection ovens. Thanks for stopping by!